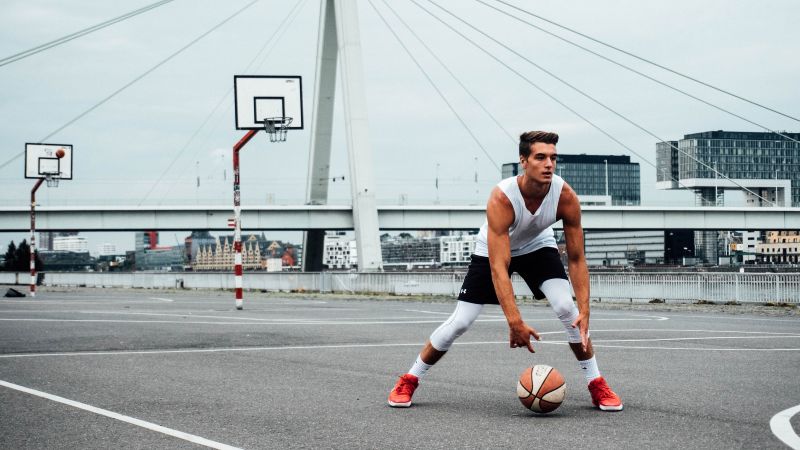 The beep test is a well known fitness testing method and is used to measure the cardiovascular endurance fitness of players from a variety of sports including basketball.

The beep test is highly relevant to basketball players because of the inherent similarities of movement and fitness requirements between the beep test and the game of basketball.

The need for players to run up and down the basketball court on a continuous bases, at times with high intensity and little break, means the similarity to the beep test should be investigated.

For basketball players wanting to improve their effectiveness on the court, few would argue that an increased cardiovascular endurance fitness level would be highly valuable.

To get the most out of players, in terms of fitness, training should be highly relevant to the needs of the game. The beep test can be used for so much more than just measuring cardio fitness levels.

The benefits of this type of beep test training

What I love about this drill is that it creates fatigue in the players, but with some purpose. The purpose is, that when the players become fatigued from doing the beep test component of the drill, they still need to maintain a high level of skill for the “keepings off” part of the drill.

This forces them to push through the fatigue and maintain ball control, movement and decision making under pressure whilst fatigued. This replicates and even exaggerates the condition players are in under real game conditions.

It is this specifically targeted training where using the beep test for basketball training is highly valuable.

Get your free guide