I don’t think too many people would argue that rugby is a tough and grueling sport. The fitness levels required of rugby players, particularly at the top level, are super high.

The beep test is an excellent indication of cardiovascular endurance, a fitness attribute required for rugby players. The beep test, some times called the bleep test or multistage fitness test, requires participants to run back and forth between two cones positioned 20 meters apart, whilst keeping pace with an audible tone. The test gets faster for every minute that passes. This causes heart rates to rise to dizzy heights and lactic acid to make an unwelcome appearance.

More importantly, rugby players would benefit from a properly structured beep test training program. Testing players for Vo2max or cardiovascular endurance is a good indicator of their current fitness levels, however, training using a specific beep test program will help to improve these fitness attributes.

The benefits to players who follow a beep test training schedule, and subsequently experience an increase in cardiovascular endurance, come in the form of better stamina and the retention of better ball handling skills. Even a players reflexes and decision making under pressure can be improved indirectly by doing additional beep test training.

These indirect improvements come from a reduction in fatigue, particularly towards the end of the game when fatigue is most common. A player who has better cardiovascular endurance will continue to accelerate quickly when taking off, will not become tired as quickly while performing multiple tackles in quick succession, will maintain a high level of strength and explosiveness and be mentally sharper for longer.

A correctly structured beep test fitness program will not only address the cardiovascular endurance issues important to rugby players, but will also focus on correct running technique, turning technique and correct breathing habits, all important skills for the rugby athlete.

The beep test is a great fitness testing method for rugby coaches to utilize for monitoring cardiovascular fitness endurance in players. The beep test is also an excellent addition to any rugby training session as it encourages competition and team work, and in the right context it can be a lot of hard work but at the same time, a lot of fun for players. 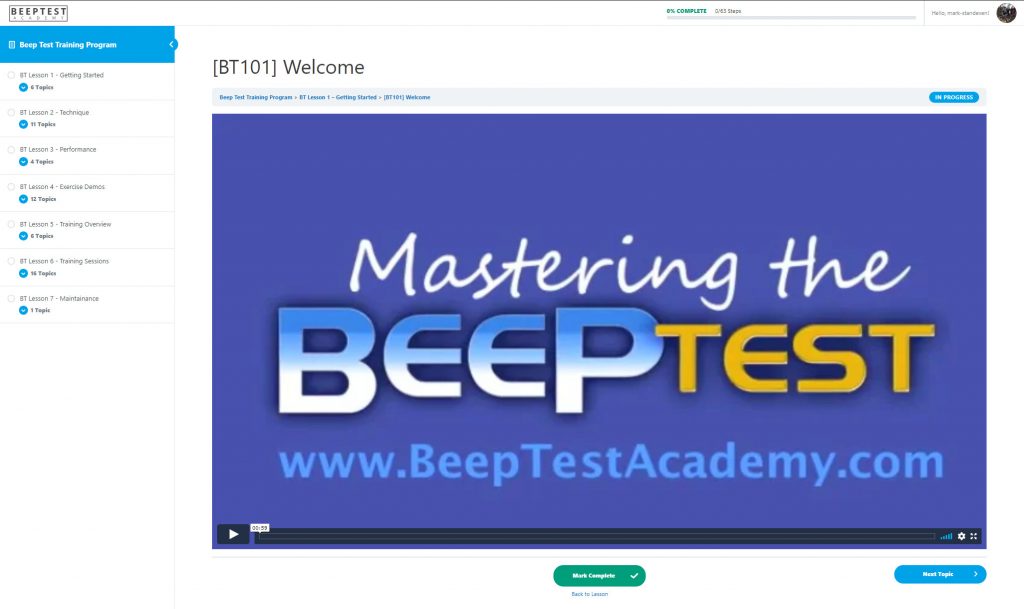 A step by step training program to Increase your Beep Test score by 2-5 levels.